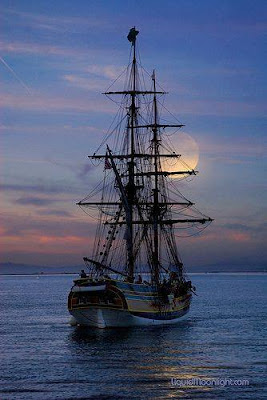 Below is an excerpt from an outstanding article which was published at The Art of Manliness. The full post may be read here.

“Push back against the age as hard as it pushes against you.” –Flannery O’Connor

To look at various metrics of physical and mental health in the world today is to observe a rather gloomy picture.

Life expectancy in the United States, which tends to consistently edge upwards, fell this year. It was the first such decline in over two decades, the last being due to the rise of the AIDS epidemic.

The effects of obesity played a role, but part of the decline is also the result of a striking rise in deaths due to drug overdoses, alcohol abuse, and suicide.

One in six Americans has taken at least one psychiatric drug, usually for depression or anxiety. And the suicide rate in the U.S. has reached its highest level in 30 years. It rose by 24% between 1999 and 2014, and has been accelerating since 2006, doubling the annual increases common 16 years ago.

This surge in suicides has cut across nearly every age group, with the highest jump for men — an alarming 43% — found amongst those aged 45-64.

Overdoses, both from illegal and prescription drugs, have risen sharply, especially for white Americans. It’s tripled for those 35-44 in this population and hit those 25-34 even harder — going up five times over. As one report on these sobering statistics notes, “The rising death rates for those young white adults…make them the first generation since the Vietnam War years of the mid-1960s to experience higher death rates in early adulthood than the generation that preceded it.”

Related to this uptick in substance abuse and suicide is a rise in perceived mental and physical troubles; middle-age white Americans have become increasingly likely to report pain, mental illness, struggles with socializing, and difficulty walking a quarter mile or up a flight of stairs.

Such issues extend beyond whites, and beyond American shores, however.

The World Health Organization reports that suicide rates have gone up 60% in the last 50 years, with the most marked increase in developed countries. Rates of global depression have risen across nearly every culture and age group as well, so that it is poised to become the second most common health condition in the world, behind only heart disease, by 2020.

And that’s just the mental side of things. Physically, health in many developed nations has gone down over the last several decades as obesity has gone up; today 2.1 billion people — almost a third of the world’s population — are overweight or obese.

Overall then, the West is less healthy, and less happy than it used to be, and that’s just based on those quantifiable factors that have been tracked and studied.

Anecdotally, many people report maladies that are less serious, but still troubling. While they’re not clinically depressed, they feel out of sorts. Anxious. Restless. Disoriented. Unmotivated. Something about their life feels off somehow. They’re plagued by a malaise that’s difficult to describe or datify but is nonetheless experienced as pervasive and entrenched. It’s a feeling that life could be better, more fulfilling somehow, but that this potential remains frustratingly ungraspable.

What’s behind this seeming decline in quality of life? The state of the economy always comes up in such discussions, and certainly shouldn’t be discounted. Yet phenomena like the rise in suicide and depression predate the 2008 recession, and in some cases stretch much further back than that; Americans in fact report greater depressive symptoms now than they did during the 1930s.

So how can it be that we’re less happy than those who suffered through the Great Depression, when our overall standard of living is higher — when all kinds of goods are cheaper and more accessible and technology has led to great advancements in science and created more and more conveniences in our daily lives? Today we can map the workings of the brain, order food with a press of a button, make “phone” calls face-to-face, send messages instantly, and hold the world’s library in our hands.

We’re surrounded with gadgets and devices that would have seemed like something straight out a sci-fi novel to our great-grandfathers.

Therein lies the great paradox of the modern age; on paper we’ve made the kind of technical progress that should lead to life feeling absolutely amazing…
…but it doesn’t.

It’s the kind of conundrum that feels unique to our modern age. But like all problems, it’s actually not without its historical parallels. The closest of which happened around the turn of the 20th century.

To explore this period is to come to see not only how uncannily similar it is to our own, but also to uncover what turned out to be the most effective solution to our shared malaise.

A solution that was for that time, and will have to be for ours, nothing short of a new kind of resistance movement.
Rick Matz at 8:00 AM
Share