We Are All But Dust 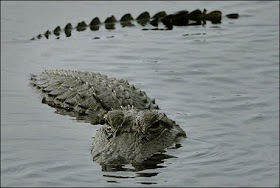 A friend who is aware of my interest in mob things sent me this. Below is an excerpt from an article describing the death and funeral of a mob boss in Hong Kong. The full article may be read here.

Gangsters and cops were out in force yesterday for the funeral service of a slain triad boss.

Gangsters and cops were out in force yesterday for the funeral service of a slain triad boss.
Up to 1,000 mourners, many dressed in black, arrived to pay their last respects at a Hung Hom funeral home where a service was held for triad enforcer Lee Tai-lung, who was brutally murdered early this month.
Specialist police officers were deployed and road blocks set up on three main roads leading to the funeral parlor. Lee's family hired South Asian security guards who scanned mourners with metal detectors.
Lee, 41, was a red pole fighter - a senior rank - of the Sun Yee On society and was active in the Tsim Sha Tsui area. In a suspected gangland hit, he was first struck by a car and then hacked to death by at least three knifemen around 4am on August 4 outside the Kowloon Shangri-La Hotel.
Cops, some with dogs, kept a close watch, checking mourners' identities and videotaping proceeding.
The eight-hour police presence to maintain order was a rare sight. Anti- triad units from five regions, Organized Crime and Triad Bureau and Police Tactical Unit altogether deployed more than 140 officers.
Rick Matz at 8:00 AM
Share