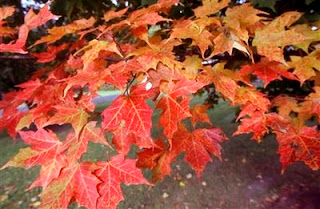 A friend sent me this article. An excerpt is below. The full article may be read here.


There are those who see no application for Taijiquan in the sense of modern methods of combat. In this article, a Taijiquan teacher uses the "13 Methods" of TJQ to train boxers, some of whom have done very well.

By Master Gurjot K. Singh, M Ed.
Years ago, Master Singh, the author, noticed several modern warriors that demonstrated this ability, especially in the Mixed Martial Arts arena. Examples include Lyota Machita, Anderson Silva, and Jason Miller. While it is known that these fighters studied boxing, kickboxing, and grappling, it is unknown whether their training actively encompassed the art of Tai Chi Ch’uan.

From studying these fighters, Master Singh developed a system for teaching fighters he called "Illusive Pugilism." In Illusive Pugilism, Master Singh integrated the 13 postures of Tai Chi Ch’uan into the competitive, combative disciplines of Western boxing, kickboxing, and grappling, all of which he had taught since 2006.

The Yang Style forms that Singh was taught did not reflect his style of fighting but he found that the strategies behind their use were invaluable. He then realized the reason masters created forms and situational sparring drills:
When the 13 postures (later referred to as Strategies or Forms) are studied, it becomes clear that, except for three postures, Tai Chi Ch’uan is mostly a standing-upright, grappling system. The health and religious aspects of the system cannot be overlooked or relegated in importance; however, they must be put into perspective based upon the practitioner’s goals. In the latter sense, according to Li I-yu author of The Essential Practice of Form and Push-hands Training, form teaches one to know one’s self and fighting (sparring) teaches one to know others. This is the essential training philosophy that built the curriculum of Western Tai Chi Ch’uan for the illusive pugilist.

In Angel’s Gym the goal is to produce amateur fighting champions that are physically, mentally, and spiritually skilled enough to win bouts. When this system of Yin and Yang (or hard and soft) grappling is integrated into the previously-mentioned striking disciplines, a paradigm of illusive pugilism is realized. The conceptual merging of Eastern and Western concepts of martial arts begins with relating the 13 postures with the Western patterns of combative movement. Movement in this sense should be regarded as potential offensive and defensive energy disposed to allow the pugilist to yield and submit—without being vanquished—in order to neutralize an opponent.
Rick Matz at 9:07 AM
Share